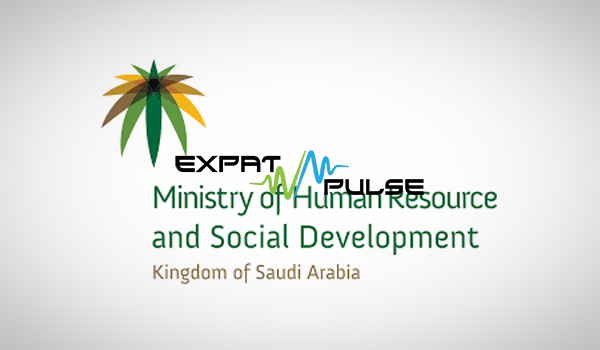 HR Ministry announced the date for private-sector workers, the date is for the contractural relationship initiative which was recently announced. The new initiative will bring a lot of joy and reduce many issues which have been seen in the past.

The Undersecretary of the Ministry of Human Resources and Social Development for Inspection and Work Environment Development, Sattam Al-Harbi, confirmed that March 14, 2021 will be the beginning of the implementation of the initiative to improve the contractual relationship of workers in private sector facilities.

Al-Harbi mentioned that the initiative includes three main services, namely: job transfer, exit, return and final exit, which include expatriate workers in private sector establishments within specific controls that take into account the rights of the parties to the contractual relationship. It is expected that the initiative will produce positive results at the economic level in terms of Flexibility and development of the labor market, and contribute to achieving the goals of the Kingdom’s 2030 vision in terms of developing human competencies and developing the work environment. Read : Announcement : Lifting Of Travel Restrictions To Be Announced Later

The initiative comes as a continuation of the ministry’s previous efforts to develop the labor market in line with the economic development the Kingdom is witnessing. And seeks to raise the attractiveness of the labor market. Benefiting from international experiences in preparing the initiative. In addition to discussing it through various meetings with more than (700) employers. To take their opinions about it, and it aims to activate the contractual reference in the labor relationship between the employer and the worker in accordance with the work contract documented between them.

And reviewed “Al-Harbi”; The implementation mechanism and conditions for the three services included in the initiative. Indicating that it allows the employment mobility service for a migrant worker to transfer to another job upon the expiry of his work contract. Without the need for the employer’s approval. And the initiative also defines the mechanisms of transfer during the validity of the contract. Provided that the notice period and specified controls are adhered to.

He explained that the exit and return service allows a migrant worker to travel outside the Kingdom when the application is submitted with the employer notifying electronically. While the final exit service enables the expatriate worker to leave during the validity of the work contract or immediately after its expiration. In addition to the possibility of leaving the Kingdom with the worker bearing all the Consequences of termination of the contract. Indicating that the organizational regulations for the initiative will be issued soon. Read : Flights From India To Saudi & Vice Versa Starting Soon

On the other hand, the Undersecretary of the Ministry of Human Resources and Social Development for Labor Policies. Engineer Hani Al-Mojil, stated that the initiative aims to raise the competitiveness of the labor market, praising the cooperation between the ministry and the private sector to achieve these goals. Explaining that the ministry has issued many initiatives to develop the labor market.

Announcement : Lifting of travel restrictions to be announced Later

8 New Approvals By King Salman In the Minister’s…

Username cannot be Modified, You can login with ID or Iqama…