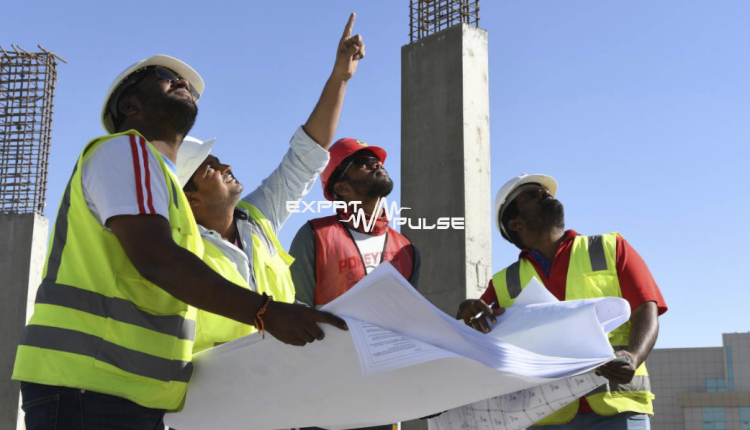 xpat Workers to be free to Travel, Move to another Company without Restriction

Expat Workers Can Change Company or Travel without Restriction: The Ministry of Human Resources and Social Development in Saudi Arabia confirmed that the “contract improvement” initiative, which will be implemented starting from March 14, 2021.

Human Resources explained that the employer is not the one who decides whether an expat worker will leave the Kingdom’s lands if he gets work at an alternative company, and the worker’s freedom to travel to his country may not be restricted. Because of the right to work, the employer must collect his rights through the judicial authorities, and there is no guarantee but a contractual relationship between the company and the worker.

This came during a hypothetical meeting “Improving the Contractual Relationship for Private Sector Workers” within the Ministry of Human Resources and Social Development’s reviews of the labor system and knowledge of the private sector’s visions, organized by the Chamber of Commerce and Industry in Makkah in cooperation with the Madinah and Taif chambers.

Amer Al-Harbi, and the Undersecretary for Labor Policies, Engineer Hani Abdul-Mohsen Al-Mujil, in the presence of a number of businessmen and women and interested people, and was moderated by the Vice President of the National Commercial Committee, member of the Saudi Labor Market Committee, Engineer Abdul-Ghani Al-Sayegh.

During the meeting, the ministry explained that the initiative aims to establish a clear relationship that creates an attractive and free labor market, through a set of requirements that makes sure the honesty of the contractual relationship between the expatriate worker and the workplace.

The aims to activate the role of the work contract, remove any previous misrepresentations, and provide the necessary flexibility in changing work Final exit, exit and re-entry procedures.

The ministry provided an enlightenment about the service and the conditions for using it, and indicated that the awareness-raising sessions organized by the ministry included about 700 employers, and it also provided illustrative examples of job transfer cases, exit and re-entry service through the Absher platform with the necessity to provide the necessary conditions, then the final exit service, and the service looks forward to the competitiveness of the labor market, raising productivity and raising the attractiveness of the labor market.

The Undersecretary of the Ministry, Sattam Al-Harbi confirmed that the contractual relationship between the worker and the employer is governed by the work contract that is subject to the system and the procedures governing it, in accordance with what is agreed upon in the same contract, with its penal terms, and when there is a disagreement on them, the reference is returned to the labor courts to decide on them.

READ  WhatsApp Will not work on these phones from 2021

He considered that the unified contract contains a free space and is not restricted by conditions, but it has become restricted and binding on both parties if it is approved by them, and that it should be in accordance with the mechanism for documenting contracts related to the “Absher” system, while for other obligations, the business owner has the right to claim through the relevant authorities.

Al-Harbi pointed out that the worker has the right to get a final exit or exit and re-entry visa, in case of the end of the contract, and it is not prevented from moving the worker before 60 days, and the worker must leave the Kingdom’s lands, if he does not find another facility to contract with and move to it within the specified period.

For his part, the Undersecretary for Labor Policies, Engineer Hani Abdel Mohsen Al-Mojil, confirmed that there is no sponsorship system, but rather a contractual relationship with requirements, indicating that the financial compensation and iqama fees are on the current employer, referring to the discussion of issuing compensatory visas after the departure of the worker, while the system prohibits the red zone facilities from Visas.

Engineer Abdul Mohsen said: Several guides will soon be issued to clarify the new regulations, indicating that the compensatory visa is issued directly on the first day to the establishments on the green scale after notification that the worker will be transferred after 90 days according to the requirements, indicating that the compensatory visa is lighter than the terms of recruitment.

Abdul Mohsen talked about a tendency to discuss the issue of financial compensation and government fees for the expatriate worker, indicating that they will be subject to review and may be set quarterly instead of annually, considering that this will solve many of the problems, adding that if a 2 year contract is signed between the worker and the facility, If the worker desires to leave before the contract is completed, he must fulfill the penalty clause in order to compensate the employer before moving to the new employer.