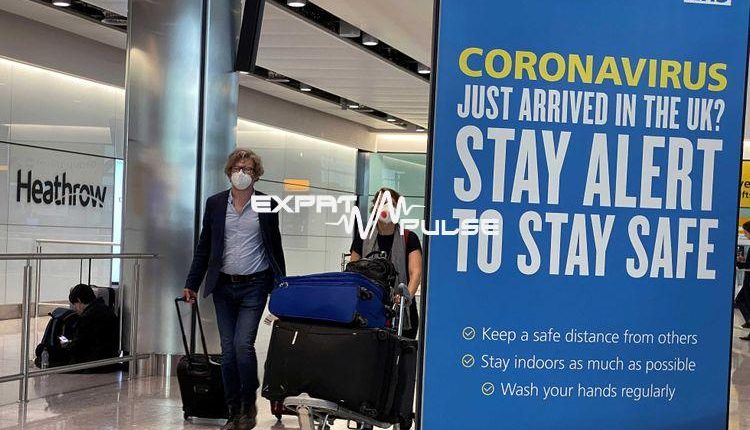 Countries across Europe and beyond barred travelers from Britain on Sunday in an effort to keep out a highly infectious new strain of the coronavirus that is spreading rapidly in England.

The British government said on Saturday the new strain appeared to be spreading 70% faster than earlier variants and is responsible for a surge in cases in London and its surrounding areas. Recorded cases across the U.K. in the week to Sunday rose 51% over the week before.

Here are the countries that have announced travel bans so far.

India’s government said Monday it would suspend all flights from Britain until December 31 after the emergence of a new strain of coronavirus.

“Considering the prevailing situation in UK. Govt. of India has decided that all flights originating from UK to India to be suspended till 31st December 2020,” the aviation ministry said in a tweet.

The former British colony is banning all flights arriving from the United Kingdom from midnight, and the quarantine of passengers who arrived from Britain in the last fortnight is being extended. All international arrivals must already spend 14 days in isolation in a hotel.

France said Sunday it will halt all travel from Britain for 48 hours from midnight, including journeys “related to goods transport by road, air, sea or rail”. The ban on everything but unaccompanied freight comes as companies scramble to shift merchandise across the Channel with days to go until Britain leaves the EU trade bloc.

Prime Minister Jean Castex’s office said the 48-hour period would offer time to coordinate a joint EU response that would ultimately allow travel from the UK to resume “with compulsory testing on departure”.

Germany will halt all air links with the UK from midnight on Sunday, with the ban initially slated to last until December 31, Health Minister Jens Spahn told ARD public television.

A government source told AFP that Berlin is already “working on measures” to extend the suspension into January when the end of Britain’s post-Brexit transition period means it will no longer be covered by EU rules that enable the flight ban.

Italian Health Minister Roberto Speranza said that he had signed a decree “which blocks flights from Great Britain and prohibits entry into Italy of people who has stayed there during the last 14 days”.

Dublin said in a statement that all flights arriving from Britain from midnight Sunday would be banned for at least 48 hours.

All passenger flights from Britain to the Netherlands have been banned until January 1, the Dutch government said.

One case of the new strain has been found in the country, the health ministry added.

Bulgaria said flights to and from Britain would be suspended from midnight Sunday until January 31.

Romania has banned all flights to and from the UK for two weeks, beginning on Monday afternoon. Croatia’s Prime Minister Andrej Plenkovic said the country would “temporarily suspend passenger air traffic from the UK for 48 hours”.

In a tweet, he added those who had already arrived from Britain on Sunday would be subject to secondary screenings and other “advanced measures”.

Turkey’s Health Minister Fahrettin Koca said on Twitter that flights from Britain, Denmark – where nine cases of the new strain have been detected – the Netherlands, and South Africa would be suspended.

Israel said it was barring entry to foreign citizens traveling from Britain, Denmark, and South Africa.

A joint statement by Prime Minister Benjamin Netanyahu’s office and the health ministry also announced tough rules for Israelis returning home from those nations, saying that they would be confined in quarantine centers.

Saudi Arabia said Sunday it was halting all flights and suspending entry through its land and seaports for at least a week, with the option to extend for a further week.

Passengers who arrived in the kingdom from Europe – or any country where the new strain was detected – will be required to self isolate for two weeks and undergo testing.

Kuwait has added Britain to a list of “high-risk” nations and banned flights.

El Salvador’s President Nayib Bukele said on Twitter that anyone who had been in Britain or South Africa in the past 30 days will not be allowed to enter the country.

Argentina has banned flights from the UK, the government said in a statement Sunday.

It said the last flight from Britain would arrive in the country on Monday.

Chile announced that it would suspend flights from the UK effective Tuesday.

A government statement said passengers without a residence permit or who had been in Britain in the past two weeks would be barred from entry into the country.

Morocco banned all flights to the United Kingdom beginning on Sunday.

Saudi Arabia Expects to Get More Vaccine From Russia and China