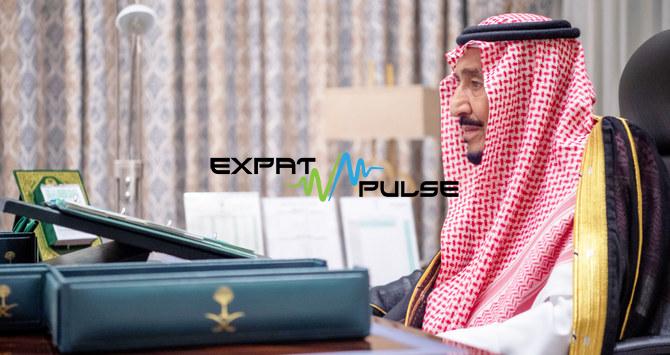 King Salman Latest Approvals after meeting Ministers Virtually. The Custodian of the Two Holy Mosques, during his presidency of the session of the Council of Ministers, confirms the regional and international position of the Kingdom, and its main role in the G20 to achieve more global cooperation. 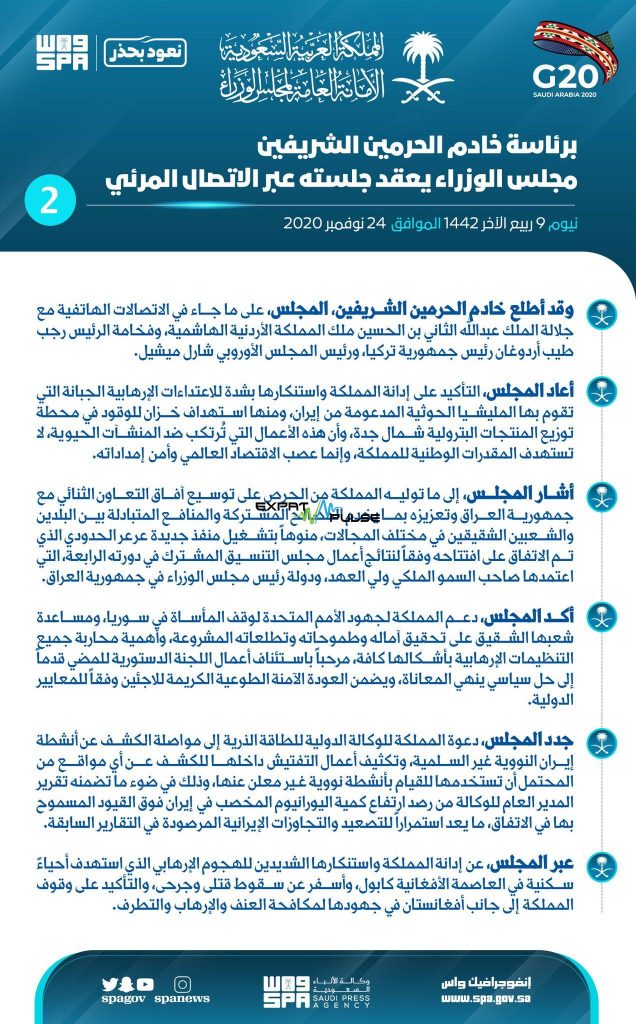 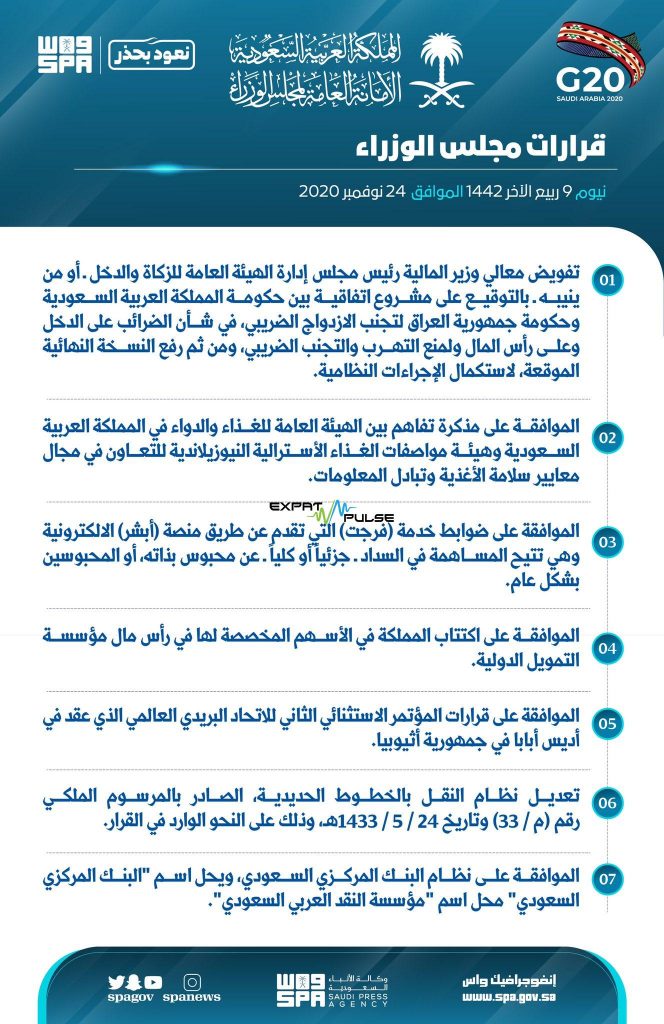 8 New Approvals By King Salman In the Ministers Virtually meeting

And The appointment of Eng. Bandar bin Ibrahim bin Abdulaziz Al-Subaie to the position of Secretary-General of the District Council (14th) in the Eastern Province Emirate.

Muhammad bin Abdulrahman bin Muhammad Al-Jared is promoted to the position of Director General of Administrative and Financial Affairs (14th) rank at the Ministry of Health.

Abdullah bin Muhammad bin Rafidi Al-Shehri is promoted to the position of Director General of Health Affairs in Makkah Al-Mukarramah Region (14th) at the Ministry of Health.

So, the Council of Ministers also reviewed a number of general topics on its agenda, including annual reports by the Radio and Television Corporation, the General Authority for Investment (previously), the Royal Commission for Al-Ula Governorate, the General Authority for the Guardianship of Funds for Minors and the Like, and the Supervision and Anti-Corruption Commission. The council has taken the necessary measures regarding these issues.

Step by Step Guide : How to get Umrah Permit for Visit Visa Holders

International flights Ban extends in India till end of April

How to Check your Company/Iqama Color in Nitaqat Online

How To Get Birth Certificate for Newborn Baby in Saudi…