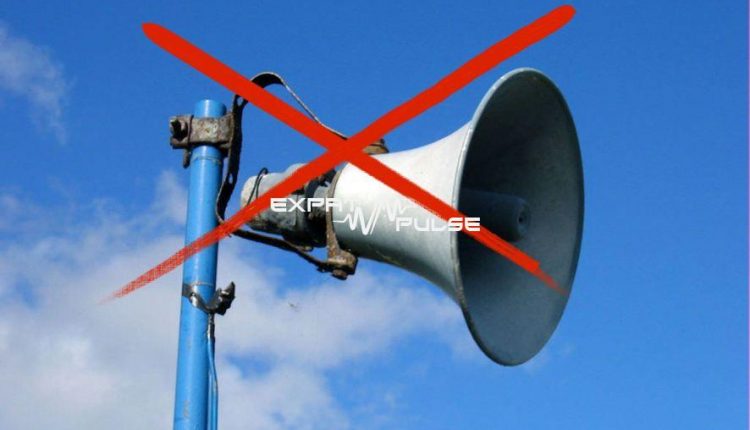 The Minister of Islamic Affairs in Saudi Arabia, Dr. Abd Al-Latif Al Al-Sheikh issued a circular in which he pointed out the need to control the loudspeakers in mosques and to address the confusion that results in failure to achieve the valid purpose, and the directive came as follows:

1. Four loudspeakers are sufficient outside the mosque in case there is one minaret covering 360 degrees and six amplifiers for the 2 minarets if the distance between them increases to 50 meters, and the minaret is above the minaret with an inclination angle of no more than 20 degrees in the ground direction.

2. Approving the advised vote pitch, which is below average by one degree.

4. Preventing the use of amplifiers inside the mosque.

5. All the internal speakers of the side walls should be in one direction, tilted at an angle of 45 degrees towards the last row of the mosque, and the speakers should be on the internal walls and columns with a height of 2.5 to 3 m.

6. Not to overstress the number of internal speakers and be satisfied with what is needed in the delivery of sound according to the area by 1 watt per 10 square meters.

7. The distance between the microphone and the user (the imam and the muezzin) should not be less than 20 cm.

8. The front wall-mounted speakers are at the front of the worshipers completely at a 90-degree angle.

9. The distribution of the speakers on the walls of the mosque should not be opposite and facing the other speakers on the opposite side inside the mosque, and at one height to prevent interference from sounds and distortion, and for clarity of sound.

10. The loudspeakers should be equipped with an adjustment unit to reduce the sound separately by controlling its capabilities in watts.
This directive comes in view of what the ministry noticed of the loudspeaker sounds, and the study not to disturb the worshipers, to prevent the interference of voices and raise the intensity of the voice, and taking into account all segments of society, including the sick and the elder people.

Employer can recover the Insurance value of the Resigned Employee