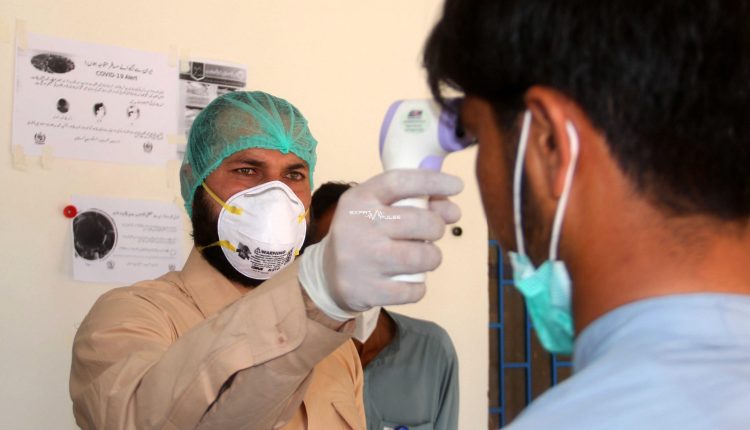 Pakistan on Tuesday reported its first confirmed cases of a new coronavirus strain detected in the United Kingdom earlier this year.

First Confirmed Covid-19 Variant Case in Pakistan: According to the Sindh health department, 12 samples of UK returnees were taken for genotyping out of which six were positive and three showed the new variant of the Covid virus in the first phase.

First Confirmed Covid-19 Variant Case in Pakistan from the UK

“The genotyping showed 95% match of the new variant from the UK. These samples will go through another phase of genotyping,” said Meeran Yousuf, spokesperson for the Sindh health department.

“Meanwhile, the contact tracing of these patients is in process and their contacts are also being isolated,” she said.

The World Health Organisation tweeted on Saturday that it was “in close contact with UK officials on the new #COVID19 virus variant” and promised to update governments and the public as more is learned.

Karachi (29.12.2020): Samples of 3 UK returnees show a 95% match to the new Corona Virus variant from UK in the first phase of Genotyping. #SindhHealth pic.twitter.com/4UUTSMTOQa

The new strain was identified in southeastern England in September and has been spreading in the area ever since, a WHO official told the BBC on Sunday.

“What we understand is that it does have increased transmissibility, in terms of its ability to spread,” said Maria Van Kerkhove, WHO’s the technical lead on Covid-19.

Viruses mutate regularly, and scientists have found thousands of different mutations among samples of the virus causing Covid-19. Many of these changes have no effect on how easily the virus spreads or how severe symptoms are.

The new SARS-CoV-2 variant, later given the ID B.1.1.7, was first discovered in the United Kingdom and appears to spread faster than others, according to Science Magazine. Researchers believe it may have originated in an immunocompromised patient who had a long-running infection.

According to Science Magazine, genome sequencing of the new variant showed that the virus had accumulated a slew of mutations that together caused 17 amino acid changes in the virus’ proteins, eight of them in the crucial spike protein. These changes would help it evade the immune system and theoretically make it twice as infectious.

News of the coronavirus variant coming to Pakistan is concerning because it, according to a study in the UK, is on average 56 per cent more contagious than the original version, is spreading fast and is likely to boost hospitalisations and deaths.

“The increase in transmissibility is likely to lead to a large increase in incidence, with Covid-19 hospitalisations and deaths projected to reach higher levels in 2021 than were observed in 2020, even if regional tiered restrictions implemented before 19 December are maintained,” said researchers.

The discovery of the new strain set off alarm bells worldwide just as more countries began vaccination campaigns to halt a pandemic that has claimed more than 1.7 million lives since it emerged a year ago in China.

The development comes as Pakistan is currently in the midst of a second Covid-19 wave. Pakistan reported the highest number of deaths during the second wave, and the second-highest since the beginning of the pandemic, with 111 people dying in the country on Thursday.

The Ministry of National Health Services (NHS) said that it is vigilant about the emergence of the new variant of SARS CoV-2 in Pakistan. However, Special Assistant to the Prime Minister (SAPM) on health Dr Faisal Sultan admitted that the situation in the health sector of Pakistan was depicting a gloomy picture. He said the situation was the “worst” when compared to other South Asian countries.

Many countries, including Pakistan, quickly imposed bans or heavy restrictions on travel from Britain earlier this week.

France, Germany, Italy, the Netherlands, Belgium, Austria, Ireland and Bulgaria all announced restrictions on UK travel, hours after British Prime Minister Boris Johnson announced that Christmas shopping and gatherings in southern England would be cancelled because of rapidly spreading infections blamed on the new coronavirus variant.

Countries in the east including Iran, India and Saudi Arabia have also placed restrictions on flights from the UK.

Side Effects After Receiving Corona Vaccine You may feel MOH

Step by Step Guide : How to get Umrah Permit for Visit Visa…