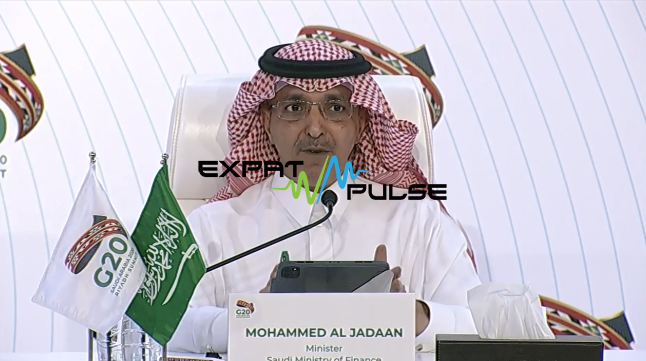 No plan to review VAT Short or Medium Term:  Finance Minister of Saudi Arabia Mohammad Al Jadaan confirmed that increasing the Value Added Tax (VAT) was not an easy option to face the economic damage and currently there is no plan to review or re-consider it in the short or medium term.

Saudi Arabia increased the VAT from 5% to 15% in July this year, as part of additional measures taken to balance the economic impact of Covid-19 crisis and due to decline in government revenues through oil, reduced economic activities and increased cost of healthcare services.

Al Jadaan during his speech after the conclusion of G20 Summit, he explained that imposing the 15% VAT was very necessary to maintain financial continuance, highlighting that it will reconsider as per economic and financial developments.

He added, Saudi Arabia has presented dozens of initiatives worth more than 200 billion Saudi Riyals to meet the effect of corona virus pandemic and to support the economic sector and Saudi economy from troubling by world economies.

Al Jadaan revealed that more than 40 countries has submitted applications to participate in debt relief program, showing the approval of debt suspension and its six months extension is a great achievement.

He mentioned that they will not stop at the debt relief initiative, but rather seek to reform the economic systems of these countries and that banking sector is ready to help these countries.

They seek to provide support to poor countries and asked the international financial institutions to present their proposals, he added.