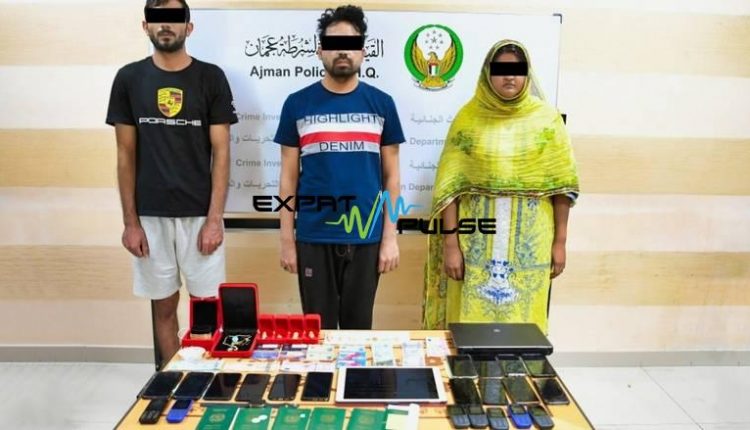 Ajman Police have successfully cracked down on a gang who used to steal money from people’s bank account. The gang comprised of three Pakistanis who would call people to update their bank account information and then hack their accounts to take away the money.

According to the police, the suspects duped bank customers by calling them to update their account information. Read : Zakat And Tax Exemptions From Residential Rent Tax

Lieutenant-Colonel Ahmed Saeed Al Nuaimi, Director of the Criminal Investigation Department at the Ajman Police, said the police started investigation after receiving a complaint from a woman, who said she had been duped by some fraudsters. She lost Dh10,000 after providing her bank details to the unknown caller, who claimed that he is a bank executive. The caller asked her to update her bank details over phone and collected her account information. After some time, the woman discovered that she had lost Dh10,000 from her account.

The police managed to identify and locate the gang members in one of the residential towers in Al Nuaimiya area in Ajman.

The gang includes a woman as well: the three used phone fraud to steal as much as Dh2.8 million from people’s bank accounts.

How did they use to cheat?

She received a call from an unknown caller who claimed to be the banking executive. She was asked to update her banking details over the phone call. After some time, it was revealed to the woman that Dh10,000 had been stolen from her account.

The gang was arrested by the police from the residential towers in the Al Nuaimiya area in Ajman, after conducting serious investigations. Read : Flights from India to Saudi & Vice Versa Starting Soon:

What did the police recover?

They had 21 mobile phones, tablets, and laptops with them. Also, they carried bank cards in others’ names which were used to carry the fraud successfully.

Police warned the public not to fall victims to such frauds and urged them to report any suspected calls to the police without delay.

See also  Registration of getting the Coronavirus Vaccine Started

How to Calculate End of Service Benefits in Saudi Arabia