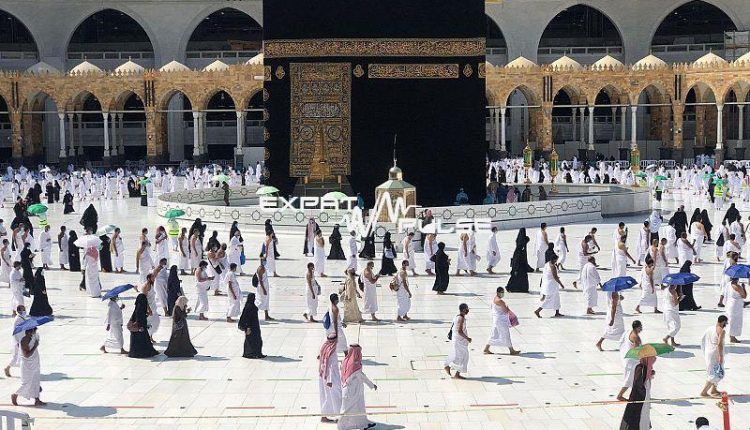 5 Million Pilgrims and Worshippers Since Resuming Umrah:  Saudi Arabia has received 5 million Umrah pilgrims and worshippers since the resumption of the rituals, said Minister of Hajj and Umrah Dr. Mohammed Saleh Benten.

He said that no cases of COVID-19 infections were reported among pilgrims and worshippers.

The statement came during a meeting with Makkah Gov. Prince Khaled Al-Faisal in Jeddah on ednesday.
Saudi Arabia suspended Umrah in March and significantly downsized the Hajj pilgrimage in July by only allowing about 1,000 pilgrims, all in response to the COVID-19 pandemic.

The Kingdom is getting back on track after earlier lockdowns while adhering to strict health protocols.
On Sept. 22, the Kingdom announced a gradual resumption of Umrah pilgrimage in four phases.

Tourist offices abroad are following their contracts with the Ministry of Hajj and Umrah so that pilgrims can come to perform Umrah rituals.

The third phase, which started on Nov. 1, permitted pilgrims from abroad to perform the ritual alongside residents of the Kingdom.